A cargo airline focuses on the transport of cargo. Usually a cargo airline is a division or subsidiary of a passenger airline. Freight is transported by cargo aircrafts or sometimes by older, modified passenger aircrafts. The three largest cargo airlines in the world in 2015 measured by tonne-kilometres were FedEx Express, Emirates SkyCargo, UPS Airlines and Cathay Pacific Cargo in descending order. 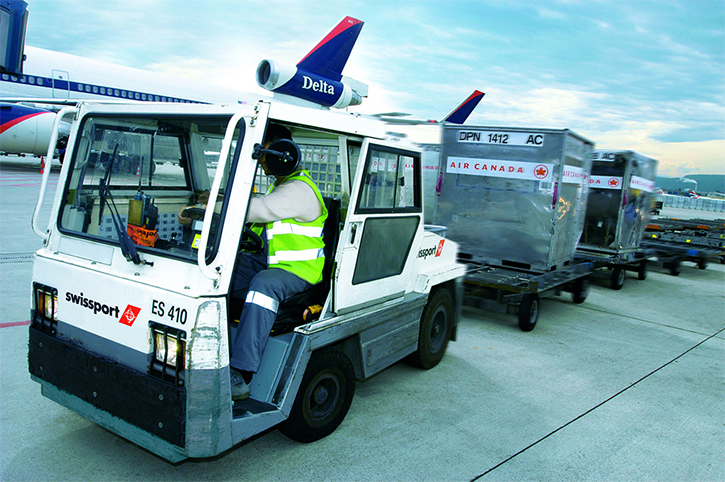 Goods booked on a flight are transported in air cargo containers or on air cargo pallets. These are flat, aluminium (alloy) sheets on which the goods are stacked. After the goods have been stacked, the whole is covered with plastic and a strong net is stretched over the goods so that the goods cannot move during the flight. The mounting and dismantling of the pallets is done by the ground handler (Ground Handlers), which is hired by the airline.

According to the IATA (International Air Transport Association) provisions, air transport must be covered by an air waybill as proof of the contract concluded between the shipper and the carrier. The air waybill covers the entire journey, from the airport of departure to the airport of arrival (even if part of the journey is traveled by truck). The air waybill is also known as the AWB and exists in set form, in ninefold and is numbered per set.

The e-AWB is an electronic version of the paper Air Waybill for shipments transported by air. The e-AWB can replace the paper version. With the e-AWB, the technical content can be checked immediately by: the system of the originator; the central processing system; and the system of the receiving handler and airline. The e-AWB allows the parties involved in the transport process to better plan and register their own processes.

The routing of the e-AWBs takes place on the basis of the prefix of the airwaybill or on the code of the first carrier (the airline with which the flight starts). This carrier code is a two-letter code. This is indicated in the table below. The table also refers to codes which airline has contracted at Schiphol Airport AMS which handling agent.